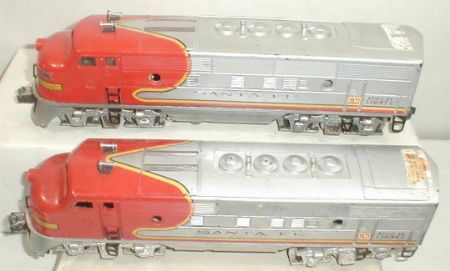 The different catalog numbers refer to mechanical changes made by Lionel. The 2333 had horizontal motors, while all the later units had vertical motors. 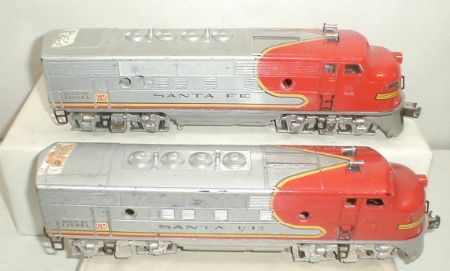 Because the Lionel F3 units were top of the line trains, they always came with magnetraction. Either the powered A unit or the dummy A unit always had a horn.

The O gauge locos are among the best running locomotives Lionel made in the postwar period. Only the FM TrainMasters will out pull a double motored F3.

The Santa Fe is the most common of the Lionel F3 locos. Collectors will pay a premium for really clean locos, and also will pay extra for the separate box that holds an AA or AB pair.